Contemporary threats to peace are complex and diverse. The mandates for African Union peace support operations have also become complex and broader in scope. The African Union deploys peace support operations in hostile operational environments, which are characterised by the absence of peace to keep, or where the host nation’s rule of law and security institutions would have either become utterly dysfunctional or collapsed. These scenarios expose citizens to extreme vulnerability due to predatory behaviour by some or all parties to the conflict, resulting in gross human rights abuses, impunity, massive displacements and loss of lives and livelihoods.

As a function of governance, the main roles and responsibilities of the police in African Union-mandated peace support operations are to ensure public safety, protection of civilians, compliance with human rights, law enforcement and investigation if mandated; to take a lead role in the restoration of civil authority for stabilisation and early recovery; and to provide operational and capacity-building support, including police reform of host nations’ police and other law enforcement agencies, to empower them to perform their statutory responsibilities of maintaining law and order and internal security. The African Union will also deploy police capabilities to provide operational support for disaster management operations and security support to humanitarian actors.

Police officers deployed to the African Union come from different police institutions with different policing practices and law enforcement frameworks. Yet these police officers will be expected to apply the same standards of performance under the mandate of African Union peace support operations. By their ad hoc, short-term nature, peace support operations are supposed to quickly create conditions leading to their withdrawal and liquidation in the short to medium term. In this regard, the African Union police must be able to timeously assist in building and standing up the capacities of the host nation police and other law enforcement agencies, as well as facilitate the restoration of policing services and functions to all citizens. 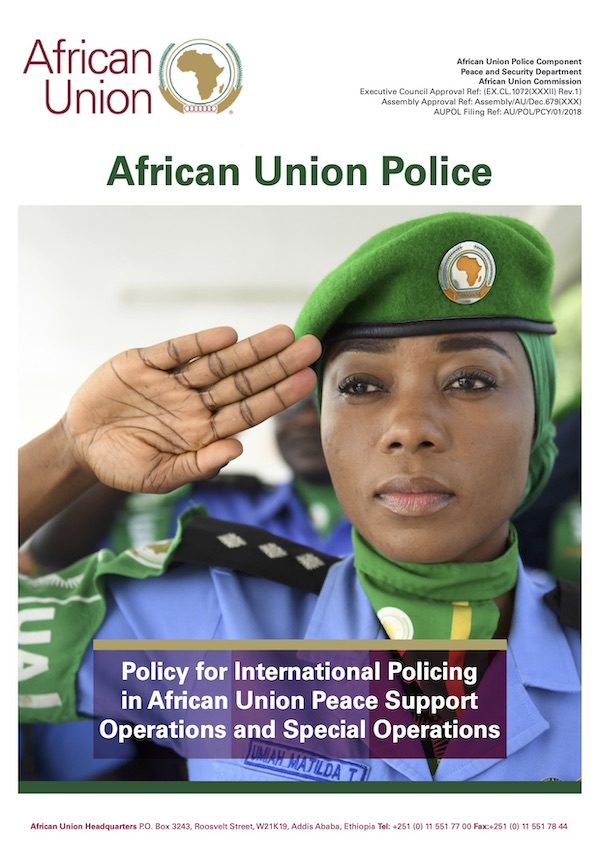 Year: 2020
Publisher: African Union Commission
Download full Publication : https://cdn.trainingforpeace.org/wp-content/uploads/20200730180925/Policy-for-International-Policing_English6.pdf
In its report dated 10 December 2013 – the ‘Report of the Independent Panel of Experts’ Assessment of the African Standby Force and Plan of Action for Achieving Full Operational Capability by 2015’ (Gambari Report) – the Panel recommended that the African Union Commission (AUC) convenes a meeting of the African Chiefs of Police (ACOP) to define the role of the police in Peace Support Operations (PSO) and the African Standby Force (ASF). This recommendation came out of the Panel’s findings and observations regarding the lack of understanding of the roles and responsibilities of the police, as well as the structural challenges (policy, weak capacities, structure, perceptions and practices) experienced by the police in all the regions. The Chairperson of the AUC is required under Article 7 [1] (d) of the Protocol Relating to the Establishment of the Peace and Security Council of the African Union (PSC Protocol) to work in conjunction with the Peace and Security Council (PSC) of the African Union (AU) to lay down general policy for the conduct of PSO, including their mandates, and undertake periodic reviews of the same. 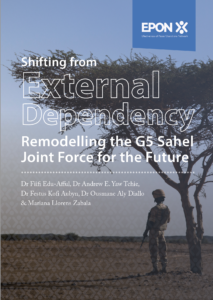 Standby security arrangements and deployment setbacks: The case of the African Standby Force