Protecting children’s rights in conflict: a continental approach
The adoption of the two new policies marks a milestone in efforts by the AU to protect children in conflict.
26 Jul 2022
Think Piece
By: Rumbidzaishe Matambo

In any conflict, children are the most vulnerable. There are several reasons for this. Children are included among the many civilian casualties during any armed conflict, and may also become orphaned or separated from their families. In some cases, children become heads of households, which leaves them vulnerable to forced labour, sexual exploitation or recruitment in armed forces.

In November 2021, Save the Children reported that an estimated 450 million children worldwide – or one in six – were living in a conflict zone. This marks a 5% increase from 2019, and the highest number in 20 years. The number of conflicts in 2020 was identical to those in 2019. The number of armed groups recruiting children rose to 110 during the COVID-19 pandemic, from 85 in 2019.

Thousands of children are recruited to fight in armed conflicts across the world. According to the United Nations Children’s Fund (UNICEF), between 2005 and 2020, more than 93 000 children were verified to have been recruited and used by parties to conflict. The actual number of cases is believed to be much higher. Often referred to as ‘child soldiers’, these boys and girls suffer extensive exploitation and abuse that are not fully captured by that term.

Children become part of an armed force or group for various reasons. Some are abducted, threatened, coerced or manipulated by armed actors. Others are driven by poverty and do so to generate income for their families, while others associate themselves for survival or to protect their communities.

In 2021, World Vision reported that 40% of child soldiers are in Africa. The Eastern Democratic Republic of the Congo has amongst the highest numbers of child soldiers in Africa and the world. While there is no precise data, thousands of boys and girls have been actively recruited or mobilised by armed actors, and account for up to 60% of militia forces. Known locally as ‘kadagos’, a Swahili term meaning ‘little ones’, child soldiers have been used by all sides throughout the decades of conflict in the region.

Warring parties use children not only as fighters, but also as scouts, cooks, porters, guards, messengers and more

Warring parties use children not only as fighters, but also as scouts, cooks, porters, guards, messengers and more. Many, especially girls, are also subjected to gender-based violence. No matter the nature of their involvement, the recruitment and use of children by armed forces is a grave violation of child rights and international humanitarian law. Warring parties typically also deprive children of nutrition and healthy living conditions or subject them to substance abuse, with significant consequences for their physical and mental well-being. These experiences also take a heavy toll on children’s relationships with their families and communities.

The hardships of life in armed conflicts often force children to leave school. Many never return, even when conflict ends

In environments where basic services are disrupted and livelihoods destroyed, children are often malnourished and at risk of death by preventable or curable diseases. The hardships of life in armed conflicts often force children to leave school. Many never return, even when conflict ends. Children who have experienced conflict typically suffer from post-traumatic stress disorder (PTSD). This often has long-term repercussions and affects their entire lives.

Various initiatives have been developed to promote the reintegration of children into their communities. These include disarmament, demobilisation and reintegration (DDR) efforts. As stated in the Paris Principles and Guidelines on Children Associated with Armed Forces or Armed Groups, child reintegration is the process through which children transition into society, enter meaningful roles and identities as civilians, and are accepted by their families and communities.

Sustainable reintegration is achieved when the political, legal, economic and social conditions needed for children to maintain life, livelihood and dignity have been secured. These conditions ensure that children can access their rights – including formal and non-formal education, family unity, dignified livelihoods and safety from harm.

In South Sudan, despite a continuous DDR effort, the number of child soldiers has been increasing since the war began in 2013. In 2018, UNICEF had negotiated the release of nearly 2 000 children. They were demobilised over a five-year period, but were nevertheless replaced by other child soldiers. The challenge of reintegration is frequently mentioned by experts working in the field of DDR in South Sudan. Returnees usually face rejection and stigmatization when the community knows or suspects the former child soldiers’ involvement in raids or killings.

Reintegrating child soldiers requires sustained funding and political will from the local government. This has not been the case in a number of African states. Many countries and international organisations are coming together to develop new strategies that protect children in situations of conflict. The African Union (AU) Assembly encouraged the AU, member states and regional economic communities and regional mechanisms (RECs/RMs) for conflict prevention, management and resolution to redouble efforts at mainstreaming child protection in their programmes. To this end, the Assembly requested the African Union Commission (AUC) to develop a child protection architecture for the continent as a sub-aspect of the African Peace and Security Architecture (APSA), to be considered and adopted by the Peace and Security Council (PSC).

In February 2019, the PSC decided to mainstream the rights and welfare of children in conflict situations into the strategic and operational decision-making processes of the AU, and to provide leadership on policy, training, monitoring, reporting and advocacy on all issues relating to the AU child protection agenda. The PSC also decided that child protection should be mainstreamed into the work of relevant components of all AU peacekeeping policies, strategies, training and briefing programmes, and that a child-protection architecture be established and mandated to do this.

According to the PSC, the child-protection architecture should have three components: norms and standards; mechanisms and stakeholders; and beneficiaries. Therefore, establishing a child-protection architecture within APSA to mainstream the rights and welfare of children is a complex undertaking that requires concrete policy guidance. The policy on Mainstreaming Child Protection in the APSA provides practical guidance on when, where and how to mainstream child protection into the mandates of the different pillars of APSA.

In the context of peace support operations (PSOs), personnel may interact with children in numerous ways. This includes at checkpoints, during patrols, in the course of active combat, and when clearing territory. In addition to children associated with armed forces or armed groups, PSO personnel may also encounter children who have been subjected to, or are at risk of, other violations – including unaccompanied child migrants, or those who have become separated from family members in settings characterised by population displacement.

Taking into account the actual and potential roles and responsibilities of AU PSO personnel during deployments vis-à-vis the rights and welfare of children, the absence of a specific guiding framework for the protection of children was recognised as a significant gap. The AU Assembly therefore requested the AUC to draft a comprehensive Child Protection Policy for AU PSOs. The purpose of this policy is to outline the preventive, responsive and remedial roles for PSOs mandated, authorised, or endorsed by the AU in the protection of children in situations of conflict. The same applies to promoting the overall well-being of children throughout the duration of a PSO – including enforcement, monitoring, and humanitarian missions.

At its 1 070th meeting, held on 29 March 2022, the PSC adopted the policies on child protection in AU PSOs and on mainstreaming child protection in the APSA. The Specialised Technical Committee on Defence, Safety and Security (STCDSS) of the AU, during its 14th Ordinary Meeting held in Addis Ababa, Ethiopia, from 9 to 13 May 2022, adopted the two policies.

The effective implementation of these policies will mainstream child protection into AU institutional responses, and ensure child protection in AU mandated, authorised or endorsed PSOs; both towards preventing violations against children in armed conflict, and in promoting accountability in mission areas.

The adoption of the two policies by the AU PSC and the STCDSS is a significant milestone in responding to the violations of children's rights in conflict situations in Africa. It is a notable contribution to efforts by the AU to address the impact of protracted conflicts and the scourge of terrorism on children – including killing, abduction, separation from families, trafficking, sexual exploitation and abuse, and recruitment into armed forces and armed groups. 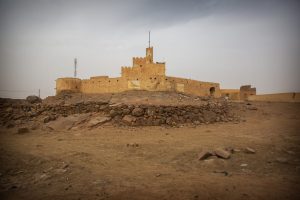 Assessing the Effectiveness of the United Nations Mission in Mali (MINUSMA)